Located on the shores of the Manawatu River at Foxton Beach, the Manawatu Marine Boating Club Inc. provides a hub for land and water-based activities for its members who reside not only at Foxton Beach and the wider Horowhenua/Manawatu area but also other North Island centres.
Around one quarter of the members do not own boats, so they spend time enjoying the social element. There is always something going on, and holiday times, especially, see the Club and boat ramp bustling with members enjoying their leisure-time.

The club rooms can be hired out for functions and it provides a catering service if required.

The river provides a recreation area for water sports with an easy access launching ramp. Venture further to the Tasman Sea for fishing and exploring.

Whether your passion is boating, throwing your line over in the hope of catching dinner, blatting on your jet ski, sailing or pottering around on the river, you can do it all from Manawatu Marine Boating Club.

Children, teens and adults enjoy sailing during the summer months with coaching clinics available for those wishing to learn the art of sailing.

Pool club meets on Thursday nights at the Clubrooms from March to December.

Embark on fun fishing adventures and if you are competitive, try for the winning catch in one of the competitions. The Fishing Committee organises and runs competitions throughout the year for adults and children.

For those without a boat, come along and kick back with a meal, drink and take in the views.

The Club, situated five kilometres from Foxton township, owns a purpose-built multi-storey facility housing two members’ lounge areas upstairs that lead out to a large deck overlooking the Manawatu River as it flows out to the Tasman Sea.

The complex accommodates events for members and the general public: family celebrations, private functions, meetings. There is an elevator to transport members and guests to the first-floor area. The club has a maximum floor limit of 165 people.

Parking is available outside the venue. 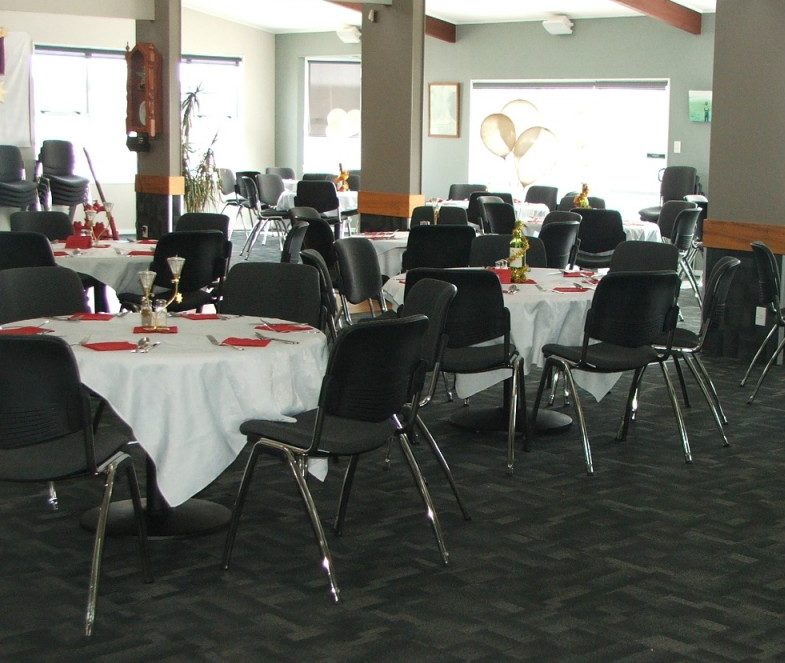 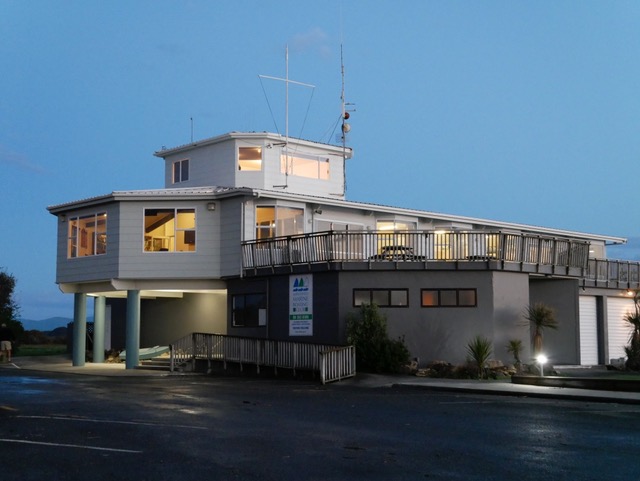 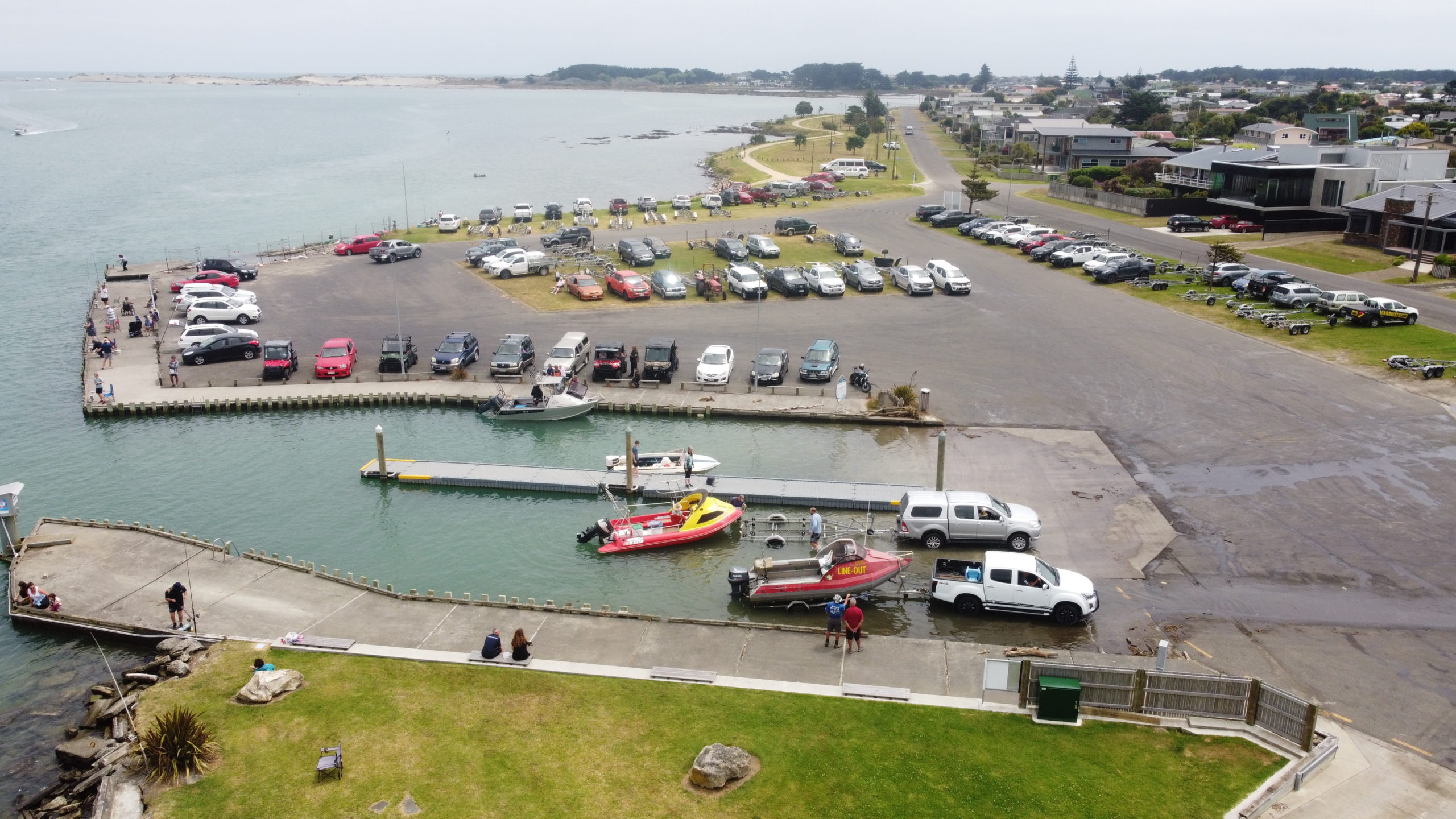 A close call in 1966 prompted the beginning of the Manawatu Marine Boating Club. Stan Nolan nearly lost his life when he hit a log at sea while boating and as a consequence, called a meeting of interested people to form a club to establish a shore-based marine radio at Foxton Beach. The club was formed with eighty people and a radio base was installed at Donna Raikes’ Store at Foxton Beach.

Work quickly got underway to build a launching ramp for boats at the current Hartley Street site. Twelve months later a small club facility consisting of two rooms was moved to this location. A tractor was acquired, and over the next two years, the ramp was widened, and the wharf installed. Club membership grew steadily during the next ten years, so, using donated materials, club members volunteered their time and labour to build larger clubrooms and further expand the ramp and wharf.

The number of members continued to increase, and a still larger building was required. A tilt slab base was built on the site and the original building lifted on top of this structure. This increased floor and outside deck areas, providing a wonderful facility for members and visitors.

The merge of the local Sailing Club with the MMBC, and a close relationship with the Coastguard has made the Club stronger, and today the club caters for the boating fraternity in Manawatu and Horowhenua.

Many members volunteer their time to assist with the overall functioning of the organisation. Apart from the club governance, members assist with cleaning and maintenance, some train for their Bar Manager Certificates to add their services to bartending, and others assist in the kitchen from time to time. The Club acknowledges all these people who regularly donate their time and skills for the betterment of the Club. 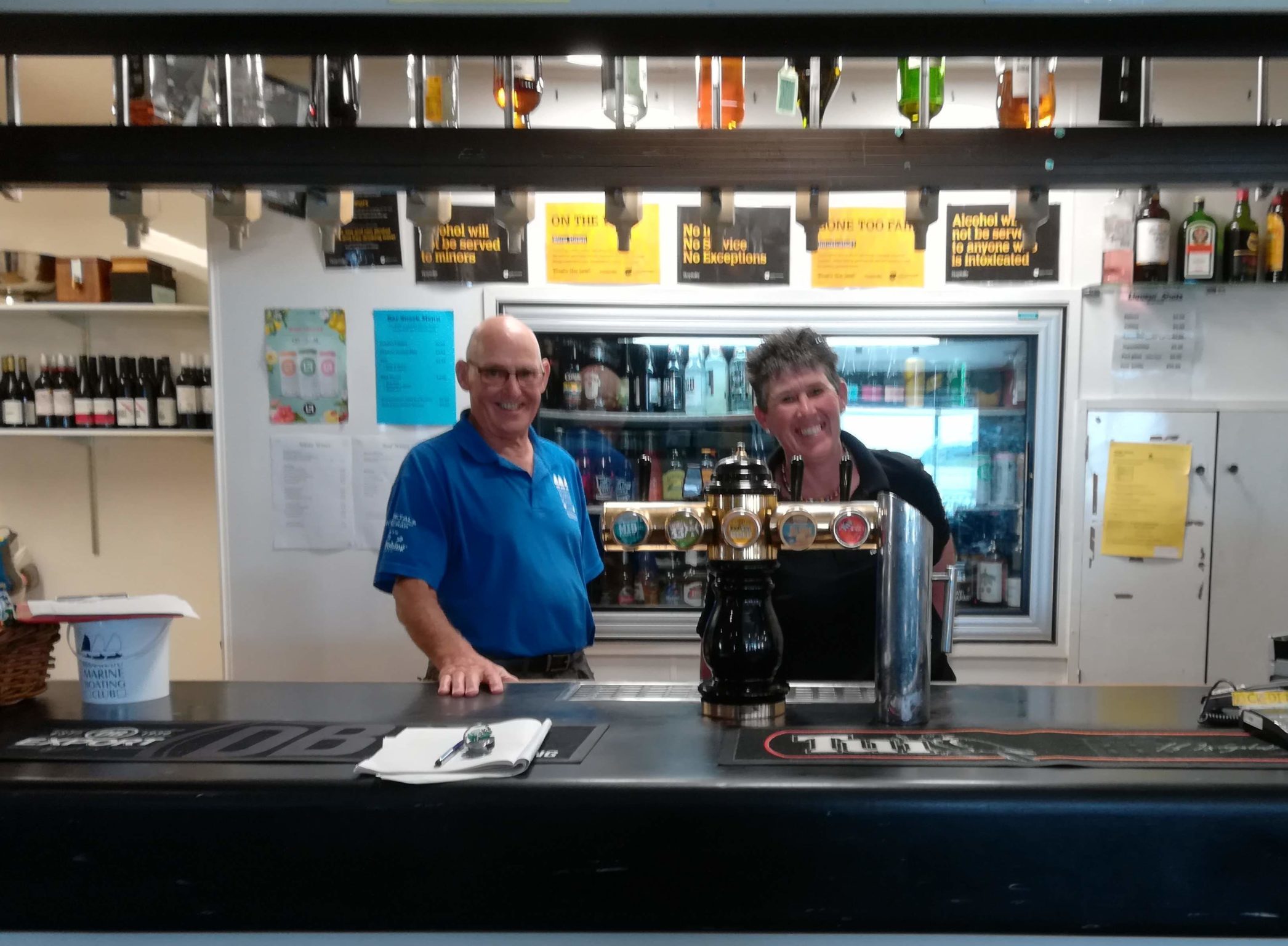 The Manawatu Marine Boating Club welcomes self-contained NZMCA members to park in the designated area of the Club car park. Five parks are marked in front of the public barbeque, between the clubrooms and the boat ramp, and these are the only parks allocated for NZMCA members. There is a maximum of five (5) vehicles at one time and the maximum vehicle length is eight (8) meters (if you are this length, depending on who else is around, you may find you are unable to park). Parking is not available at Easter.

There is an iron maiden for your $5 per person, per night fee near the ramp leading into the clubrooms.

Refer to the NZMCA App or Travel Directory for other information.

While in the area: 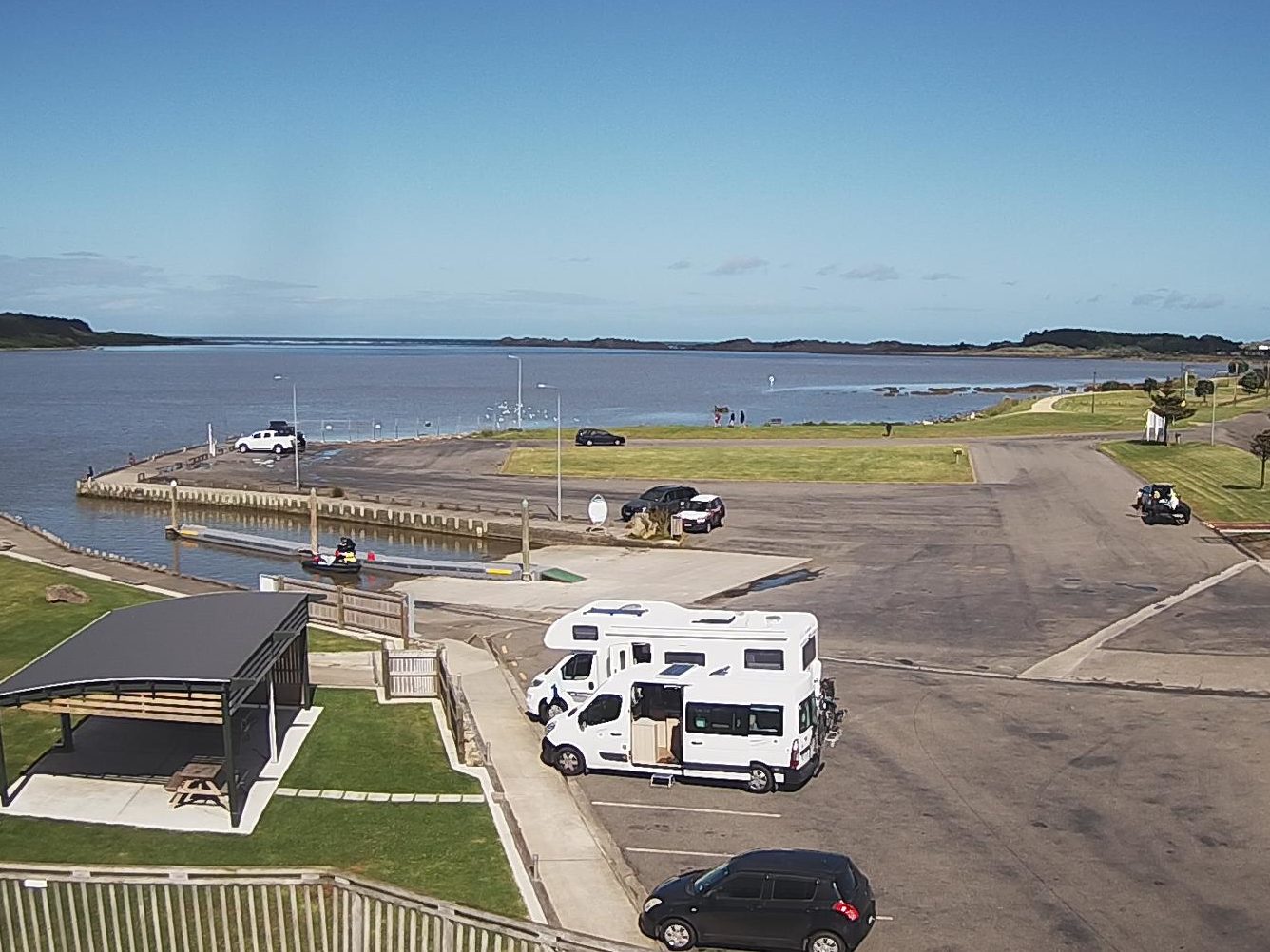 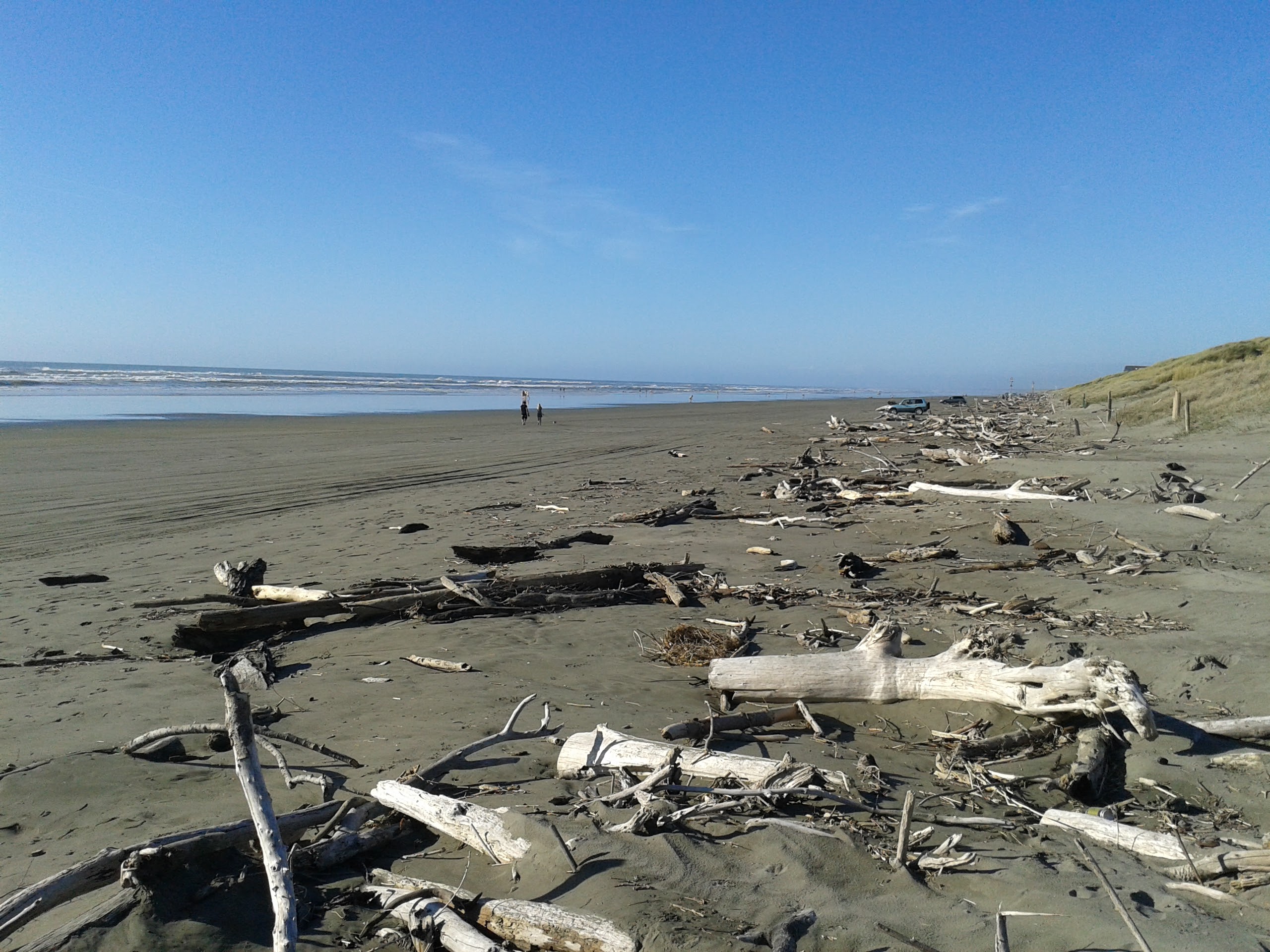 If you live in the area or spend holidays at Foxton Beach and would like to meet like-minded people, the Manawatu Marine Boating Club is the place to visit. If you are not on the water, relax with a drink from the bar, tea or coffee, a meal and enjoy the spectacular sunsets.