The Club has built a twin launching ramp to enable boats to launch into the Manawatu River.

As this facility belongs to MMBC and has no outside funding from local Councils we have no option but to have all users pay to use the club ramp. All money collected from ramp fees will assist in maintaining this facility to the standard we presently enjoy.

The launching facility is for the use of Club members and visitors to the area, using a ‘Pay and Display’ system. If you are a MMBC member you don’t need to pay a daily fee as your annual Club membership covers use of the boat ramp.

If you registered your vessel when renewing this year’s membership, you will have received an annual launching ramp permit to display on your tow vehicle’s dash when parked after using the boat ramp. If you have not received a display card with your club renewal, please contact the club and request that a launching ramp permit be issued.

Non-MMBC members who wish to use the boat ramp facility can purchase an annual Launching Ramp Permit for a fee of $80.00, from the Manawatu Marine Boating Club.

For irregular users there is a $10 daily fee which is deposited into the iron maiden at the top of the boat ramp. Please use the envelope provided and display the tear off strip on the tow vehicle dash.

An alternative to the $10 daily fee for holidaymakers is to pay $40 for a four week Launching Ramp Permit available from the clubrooms.

The versatility of the boat ramp and the relationship the Club has with other parties in our wider community is outlined below. These large vessels’ arrivals by land and departures via the river attracted local residents who viewed the proceedings over the weeks the boats were at the ramp area.

In January 2014, Profab Engineering from Palmerston North completed a 24-metre-long catamaran to be launched from MMBC boat ramp. The vessel was transported, at night, in two segments — the hull and top deck. Once at the boat ramp area, the top deck was placed onto the hull by crane. Work continued on the catamaran, and when all was complete, two cranes were used to lift the boat into the water.

This was the first of Profab’s boats to make its maiden voyage from the Club. The following year they built a 34-metre-long, 11-metre-wide and 170 tonne boat, and this time, to be launched from the Club boat ramp. Local firm Caldow Builders stepped up to widen and strengthen the ramp which was a tricky process managing the work amongst tides, weather and, of course, water. The ramp work was completed, and the boat was transported in two sections from Palmerston North to the boat ramp where it was later launched.

The biggest draw card to the MMBC boat ramp was in January 2019 when Sir Michael Hill’s superyacht, ‘The Beast’, built by Profab, spent two slow days being transported from Palmerston North to Foxton Beach. Moved in two monstrous parts, the Beast arrived at the ramp area where it stayed for almost two months while work was completed, before launching into the river. 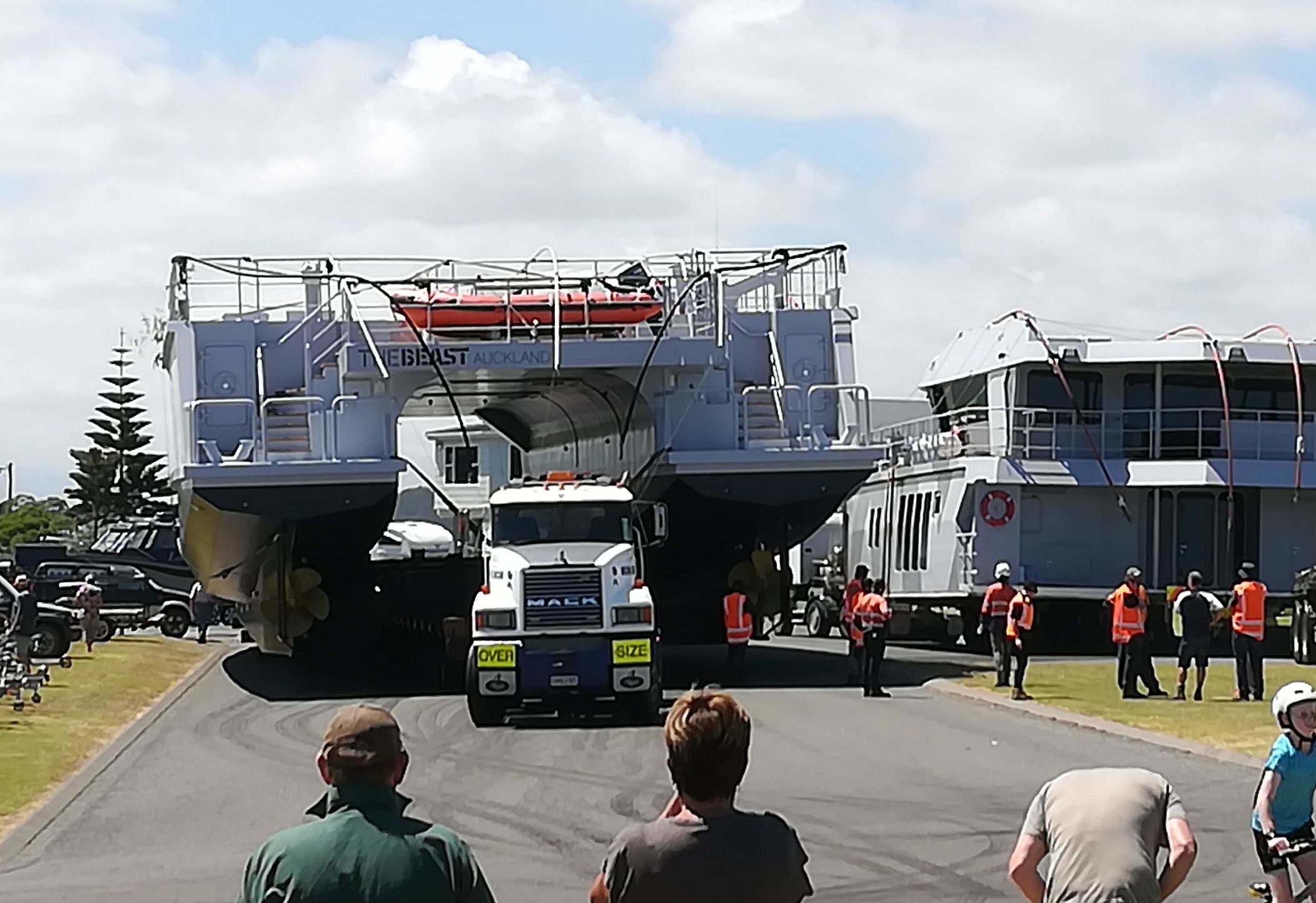